Mike Prochelo was appointed as President and CEO on July 1, 2022. As Rainbow Acres opens a new chapter, Mike intends to honor the contributions of past Presidents, and lead the Rainbow Acres community as we mature as an organization and as a community.

Born and raised in the Midwest, Mike has spent most of his adult life in Arizona. Mike attended Loyola Marymount University in Los Angeles and graduated with a B.S. Degree in Business Administration. Mike has spent the past several years in leadership positions in human services for organizations that served individuals with developmental disabilities for non-profit and for-profit organizations. In this field, Mike finds great pleasure in watching these amazing people that we serve do amazing things. He also strives to support the care provider team as much as he can. Mike sees himself as a caring and compassionate leader and as a facilitator.

In his personal time, Mike enjoys hiking, biking, motorcycle riding and spending time with his family. His family includes his wife of 30 years and 2 grown daughters and their families. 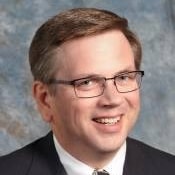 Paul Higgins joined Rainbow Acres in 2010 as Vice President of Finance and was subsequently named Chief Financial Officer. Prior to joining Rainbow Acres, Paul served as Vice President of Finance at the American Baptist Assembly/Green Lake Conference Center for 13 years, where he also served as Vice President of The Golf Courses of Lawsonia, Camp Grow Ministries, and Worldwide Gifts of Green Lake. Earlier in his career, Paul managed computing systems used for communications and research, developed software, managed a retail store, and monitored product quality in a brass mill.

Paul is on the American Baptist Churches Board of General Ministries. He previously served as Treasurer of ABC of Wisconsin and served on committees for ABC of the South and ABC of the Pacific Southwest. Paul has participated in church leadership in the areas of preaching, teaching, computer and network administration, stewardship and finances. Paul has a B.S. in Information and Computer Science from the University of California, Irvine. He simultaneously earned an M. Div. and an MBA at Emory University in Atlanta. Paul and his wife Jeri enjoy traveling and experiencing new things. 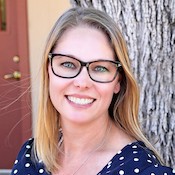 Jen Murphree was raised in the Southwest by two special educators and has had a lifelong commitment to those with special needs. Her passion is helping families realize their dream for their loved one. Jen has served adults with special needs in a residential setting since 2001. She previously served as a direct support residential staff member as well as Activities Coordinator at Riverview School on Cape Cod in Massachusetts and as a founding staff member and Personal Finance Coordinator at Casa de Amma in San Juan Capistrano, California.

Jen joined Rainbow Acres in 2013 and served as an Admissions Counselor before becoming Director of Admissions. Jen believes that God has called her to a life of service to individuals with developmental disabilities. Jen received her Bachelor’s degrees in International Affairs and Spanish from Northern Arizona University and her Master’s degree in Leadership from Grand Canyon University. Jen has two sons and a devoted husband who love to hike in the woods and play games in their spare time. 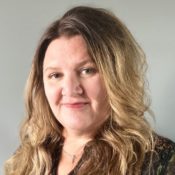 Michelle Daniels joined the Health & Wellness Team at Rainbow Acres in January 2020 and became the program director in October. Michelle is a Registered Nurse who grew up in Payson, Arizona, where she began her career in healthcare as an Emergency Medical Technician (EMT) over 25 years ago. In 2010, she attained her Associate Degree in Nursing from Eastern Arizona College. Her journey continued with years spent caring for patients in emergency medicine and telemetry.

While she enjoyed utilizing her clinical skills, she found a true calling in psychiatry and spent many years in behavioral health. Michelle has served as Director of Nursing for two local psychiatric facilities and also held the position of Vice President of Operations at a crisis stabilization unit. She is passionate about providing collaborative care from a holistic approach that includes treatment of the mind, body and soul. She plans to begin her Master’s program in 2021. Michelle, her husband Carl, five children, four dogs, two horses and two goats live in Camp Verde and enjoy the great outdoors. 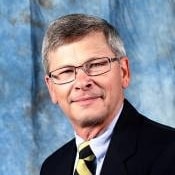 Kevin Jones became a part of Rainbow Acres’ Leadership Team in 2013, moving from central New York. Graduating with a degree in Mechanical Engineering from Clarkson University, Kevin spent 26 years with Proctor & Gamble, in a variety of management and logistics roles, as well as spending time in management within the pharmaceutical industry. Chief among his roles was the oversight of product lines, inventory control, and budget management.

Additionally, Kevin spent a number of years serving as manager of the maintenance department for a 275,000 square foot pharmaceutical plant where he supervised a staff of 44. While serving at the plant, he was instrumental in both raising support for and building a state-of-the-art preschool for the working families of that community. Most recently, Kevin was a Partner and General Manager of a Ford dealership where he focused on customer satisfaction and superior customer service. A lifelong NASCAR fan, Kevin and his wife Dawn have traveled to many racetracks. 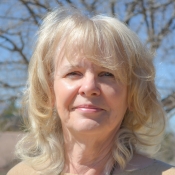 Susan Holiday joined Rainbow Acres in 2021 as HR Coordinator and was subsequently promoted to HR Director. Prior to joining Rainbow Acres, Susan served as a VP/HR Director in multiple industries with employee populations ranging from 100 to 5,500. Her experience includes both the private and public sector, in union and non-union environments. She is well versed in all areas of Human Resources with additional experience in payroll, finance, and risk management. Susan earned her Master in Business while working full-time in the financial industry.

Susan and her husband, Bob, purchased their home in Cornville approximately 15 years ago before relocating full-time to the area approximately 3 years ago. In their spare time, they enjoy traveling and experiencing the great outdoors. 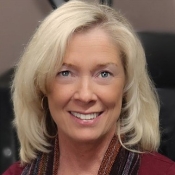 Maggie Fega has recently joined our staff as the Director of Campus Life. She is originally from New York, where she received degrees in Sociology and Psychology from the State University of New York at New Paltz. She continued graduate studies in Public Administration at the New School for Social Research in Manhattan, New York. Maggie has worked in a variety of settings throughout her career. She managed three programs for the Superior Court of Yavapai County for 17 years, working in conjunction with a team of Judges, staff and volunteers. She has worked in nonprofit settings, assisting a broad range of individuals with disabilities. Her work reflects her passion for enriching the lives of those in need. She also has a diverse culinary background, having been an owner/manager of several area restaurants.

Maggie has been a resident of the Sedona/Verde Valley for over 30 years. She has two daughters who had the pleasure of being raised and attending school in the beauty of Sedona. She and her husband enjoy gardening, cooking and entertaining. They also appreciate traveling, often visiting extended family and longtime friends.